Tips for a Healthy Fishery

Keeping your fishery healthy requires consistent monitoring and care. In addition to using aeration, there are several other steps you and your team can take to boost the health and quality of your fishery, such as the following:

1. Remove Sediment with Dredging to Keep Water Deep Enough and Aerated For Fish

Dredging, which is the removal of sediment, dead vegetation, trash and other debris, offers several key benefits:

For many fisheries, aeration and dredging are used in coordination to maximize their water’s health. 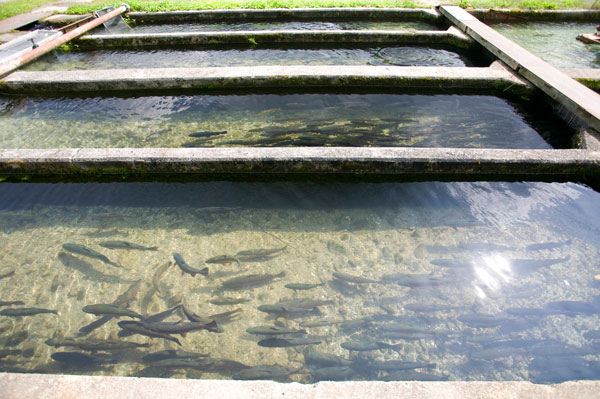 Invasive vegetation, as well as wildlife, are leading concerns for fisheries around the world. Both can affect a fishery’s health by domineering resources, altering the landscape and harming the natural ecosystem. That’s why eliminating invasive vegetation is another tactic for maintaining the health of a fishery.

3. Buy an Aeration System for Fish

An accumulation of muck and sediment in a pond can deprive fish and plants of the oxygen they need to survive. Aeration is a critical fishery pond maintenance step that infuses oxygen into the pond, helping to create a healthier ecosystem.

Benefits of Aeration for Fisheries

Incorporating aeration into your fishery offers a few long-term benefits, including:

Learn More About Aeration for Your Fishery

GeoForm International is your headquarters for a large aerator for fish ponds that will keep the water healthy throughout the year. Our aerators for fisheries are suitable for fisheries of many sizes. Contact us to learn more today.

"Everyone at GeoForm International was very patient and knowledgeable. I researched the Dino6 extensively and had lots of questions that Richard was more than willing to spend time to answer. They were very welcoming when I visited their facility as well."